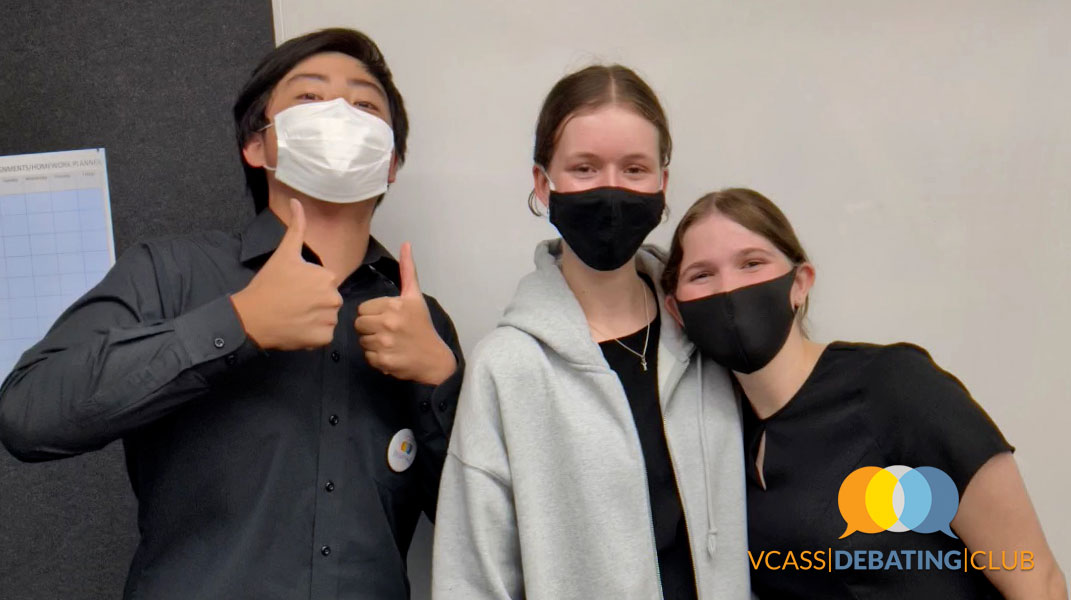 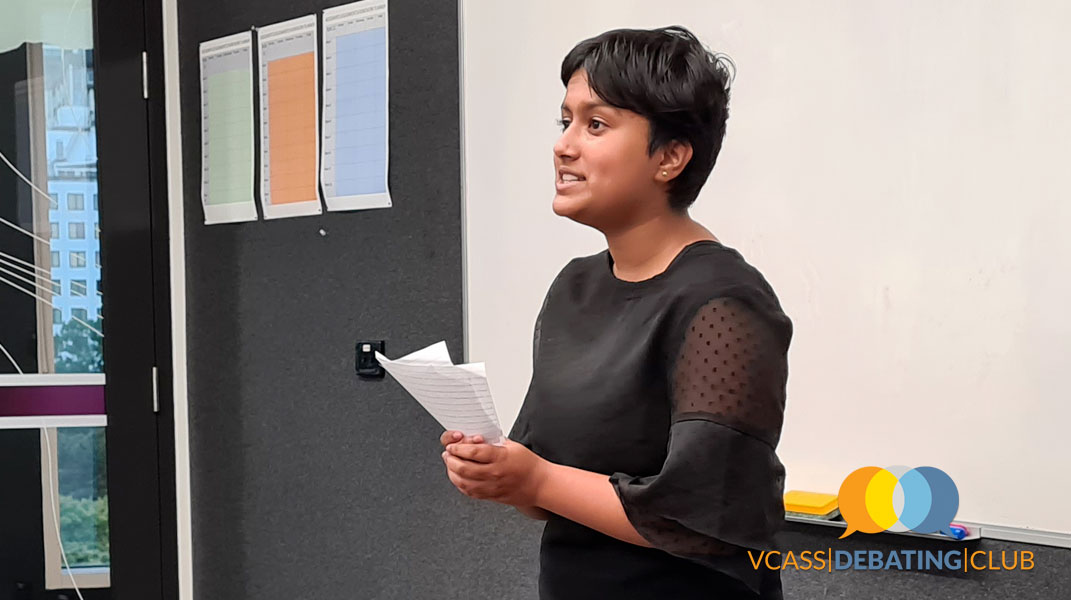 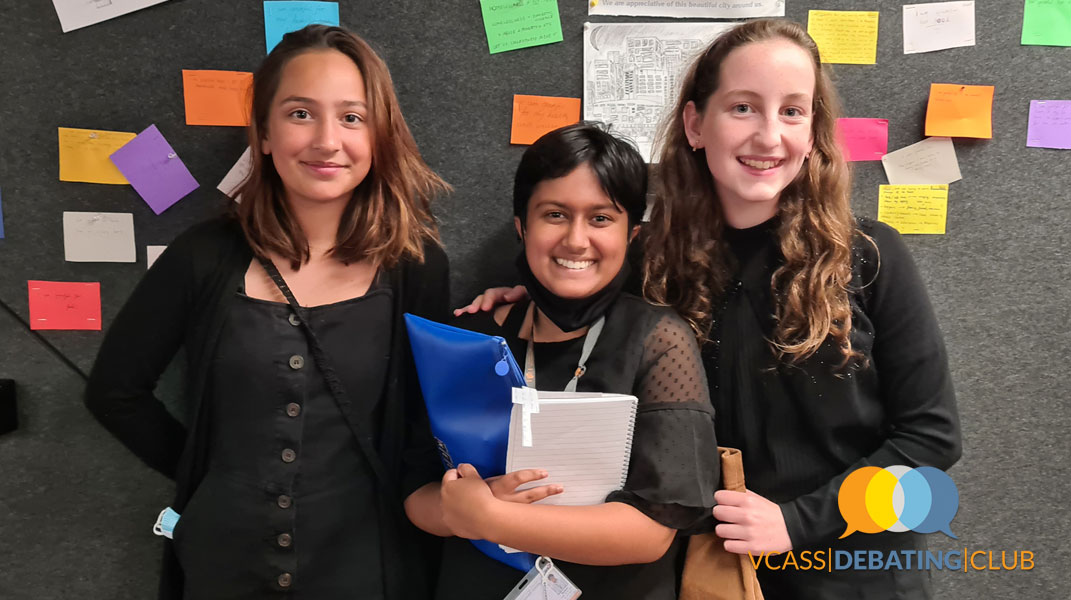 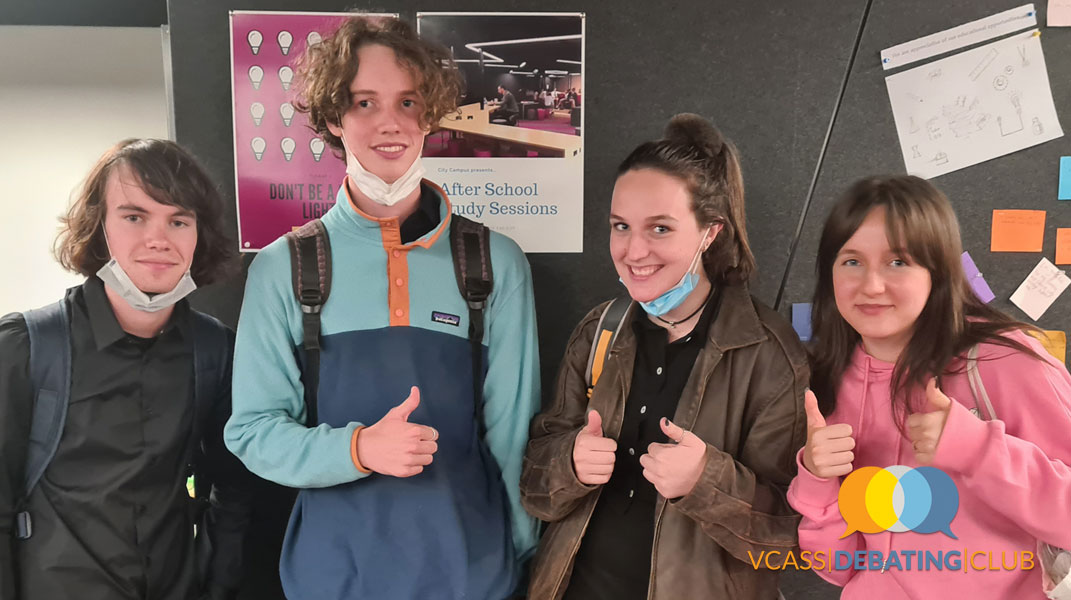 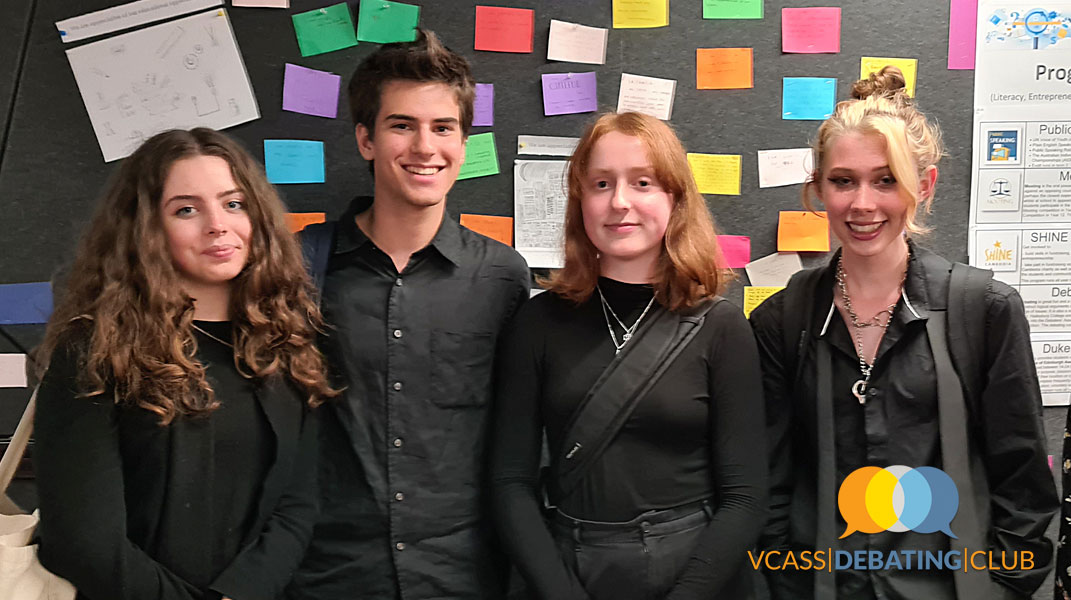 Debaters at VCASS span all year levels and experience the support of individual team coaches to build critical thinking and public speaking skills. On March 1, the first round of the inter-school debating competition was held at the Haileybury City Campus. VCASS had four teams participate in this round, with many students competing for the first time. All students spoke with passion and Neeharika was awarded best speaker in her respective debate. As one student from another school stated, ‘I can’t believe this is your first debate’.

The coaches were so proud of the efforts of our VCASS teams. The competing school's students and teachers were delighted at how positive and sportsmanlike VCASS students conducted themselves. The real victory was the personal growth, team building, and new friends made on the night.

Congratulations to everyone involved on a successful night for VCASS!