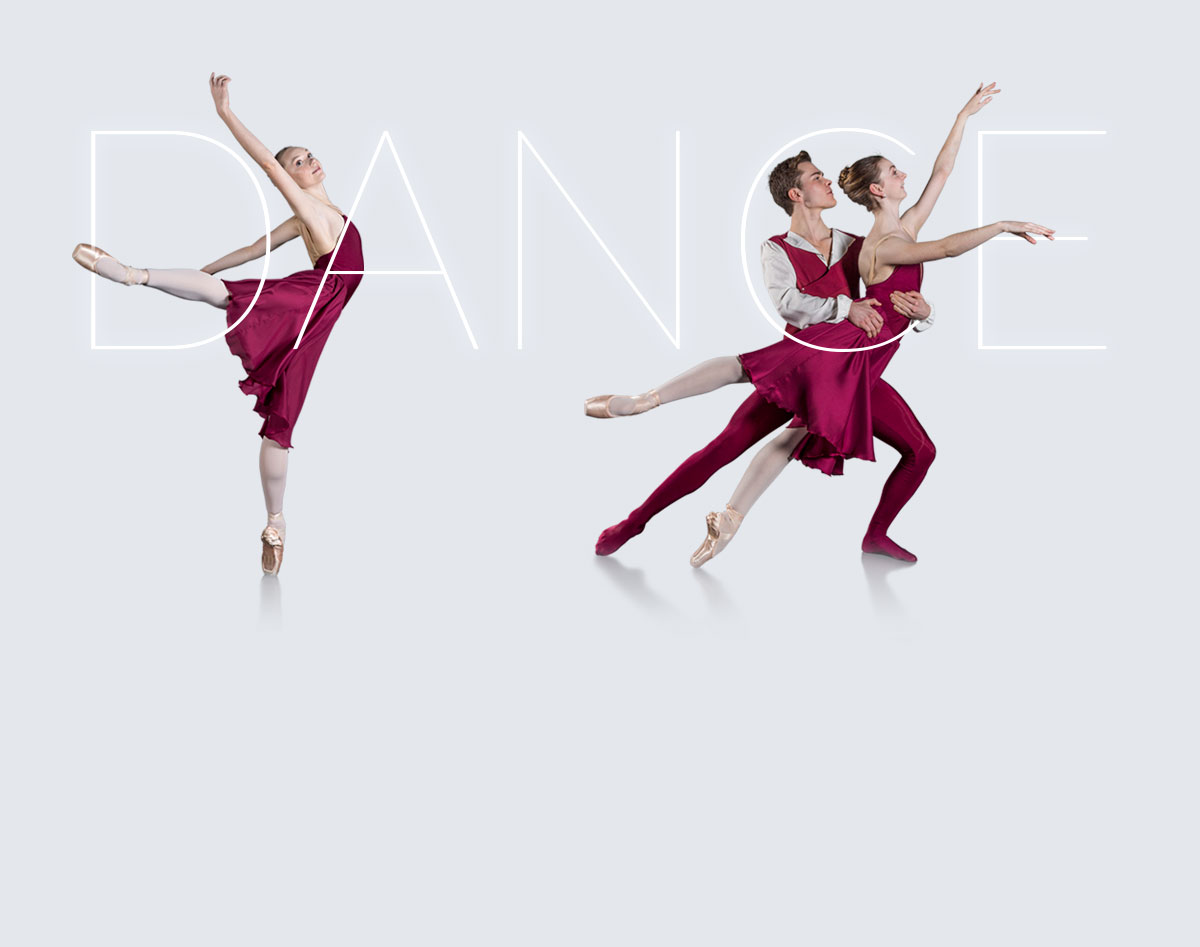 The Victorian College of the Arts Secondary School is one of the world’s foremost dance schools, our alumni are significant players in the artistic life of this country and overseas. The VCA Secondary School offers a comprehensive and intensive specialist dance course based upon the rigorous training of classical ballet.

It is difficult to briefly outline the philosophy underpinning the training in a diverse and eclectic program such as ours. But there certainly is a definitive and all encompassing philosophy that guides and drives the teaching in our dance program; a prism through which the varied backgrounds of the dance staff can be focussed. It is best expressed through the title above: ‘working truthfully’. It is about working to individual physiological limitations and strengths rather than working to achieve a traditional model of perfection - particularly important when dealing with issues like outward rotation of the leg in the hip socket. Models of perfection (the notion that all dancers can be trained, exactly alike, to achieve the same outcome) lead to poor training methodology, incorrect alignment, injury and frustration and it is inevitable that success is achieved by few and failure by many. Working truthfully for individual differences, without unnecessary tension, with ease and efficiency, allows for maximum range of movement and the endeavour to achieve success for each individual dancer.

It is a challenging philosophy for our dance staff requiring focus on each individual rather than the group. We train this way because it works, it produces the best results. Each dancer can achieve their optimum without muscle bulk or imbalance; with ease and individuality. Our focus is long, lean and effective muscle tone. In our school there are as many 5th positions as there are dancers; traditional training offers one 5th position that all students try to achieve. (NB: Any position could be nominated, 5th is identified only because it is the starting position for most sequences).

It is a feature of our training program that technique classes will sometimes have more than one teacher, or that individual dancers will be coached during class time. Every student is important to us and we work as a team to achieve the best for them. To this end we also have a generic training facility; we offer a comprehensive body conditioning program.

We praise our students for their hard work and application; not for their talent or ability. We believe that it is through many hours of deliberate practice that our students will achieve their maximum potential. Our role as trainers/teachers is to foster this application.

Our mentor Professor Donna Krasnow (York University; Toronto) has visited our school over a number of years; her research on body mechanics and training with imagery has helped us to implement this philosophy in our training programs. Professor Krasnow is one of the leaders in the dance education/training industry worldwide.

Aside from the excellence of the training this philosophy allows us to look after the individual, we do not force the development of art at the expense of emotional, psychological or physiological well being; we believe that for the dancer to prosper the whole person must prosper. Hence our belief that young people need a full and comprehensive education; this is not just ‘in case’ they don’t make it as an artist, but because it will enhance their art now. Our philosophy drives the journey of the dancers towards their development as creative artists, emphasising individuality and creative achievement. To this end we allow the students each year to create their own work and to stage that work in a fully supported creative season.

Our dancers specialise in three main areas of theatre dance: classical ballet, contemporary dance and jazz dance. We believe that the rigorous training of classical ballet, to the highest degree of facility, underpins the physicality and technique required for all of these genres and for the other styles of dance that we teach. In other words: to achieve highly in contemporary or jazz dance - lift the level of ballet training, this will assist flexibility, line, strength, stamina, lower leg articulation etc. An arabesque is an arabesque in whichever style it appears and whatever it is called – the issue is more whether it is a good arabesque....We train good arabesques! We train artists - truthfully.

Steven is a graduate of the Victorian College of the Arts  (VCA) secondary and tertiary programs, receiving a Bachelor of Arts (contemporary dance performance), before joining Royal New Zealand Ballet where he became a lead soloist. His musical theatre credits include “CATS” – in Hamburg Germany, “West Side Story” – Sydney and Brisbane and frequent appearances with Opera Australia.

Steven also worked in contemporary and commercial dance theatre in Melbourne as a freelance artist while completing a graduate Diploma in Choreography at the VCA. He joined Meryl Tankard’s Australian Dance Theatre for over 2 years and was the Artistic Director/Assistant on the opening segment of the Sydney 2000 Olympic Games Opening Ceremony.

Steven has a Bachelor of Education in primary and Secondary and currently is the Head of Dance at the Victorian College of the Arts Secondary School.

Ross first appeared in professional musical theatre over 20 years ago playing the role of Tiny Tim in Scrooge, since his debut he has gone on to work extensively throughout the industry. Last year Ross received a Green Room Award nomination for playing Tobias Ragg in the Victorian Opera’s production of Sweeney Todd. This year he can be seen playing Princeton and Rod in Avenue Q at Her Majesty’s theatre. Most recently he played Skimbleshanks in the Australian tour of Andrew Lloyd Webbers CATS the musical. His previous credits include Paul in A Chorus Line (TML), James in Beyond Desire at The ‘Hayes Theatre’, King Kong (Global Creatures) the original Australian company of WICKED (GFO), Jack in Into the Woods (WICKED/Rob Guest Endowment), the Australian and Japanese tours of We Will Rock You (LWAA), Theo in Pippin (Kookaburra), Colin in The Secret Garden (SEL/GFO), SHOUT The musical (D.Smith/J Gilbert). His Production Company credits include Clarius in Camelot, Junior in Little Me, Thoroughly Modern Millie and Sweet Charity.

Ross is a graduate of the VCA Music Theatre and the Victorian College of the Arts Secondary School where he claimed the highest marks in the state for dance, which resulted in him performing at Top Acts. He was a Finalist at the Genee Awards, an International ballet competition that saw him performing at the Sydney Opera House and is also a recipient of the Solo Seal Award from the Royal Academy of Dance, which he received after completing all major examination syllabi with Honours.

In 2006 Ross was invited to Montreal by Cirque Du Soleil to help create a character for their new touring collaboration. This extraordinary opportunity saw Ross venture to New York City where he continued his training and cemented his love of theatre. Ross undertook further study trips to London and NY where he honed his skills and studied with leading acting and vocal coaches.

On screen Ross has appeared as the lead vocalist on Foxtel's The Singing Office, which aired over an entire season. He has also been seen in numerous Carols by Candlelight and Carols in the Domain concerts. He has further pursued his love of music through composing and writing his own material. Ross has recorded with Rockcandy productions and the Shed studios, which culminated in a top 10 listing with the Australian songwriting Association.

After Ross’ involvement in the inaugural Rob Guest Endowment as a finalist, he has stretched his skills further by becoming a key part of the management team driving this cause. Ross has further pursued his love of the arts through composition, choreography, teaching and directing. 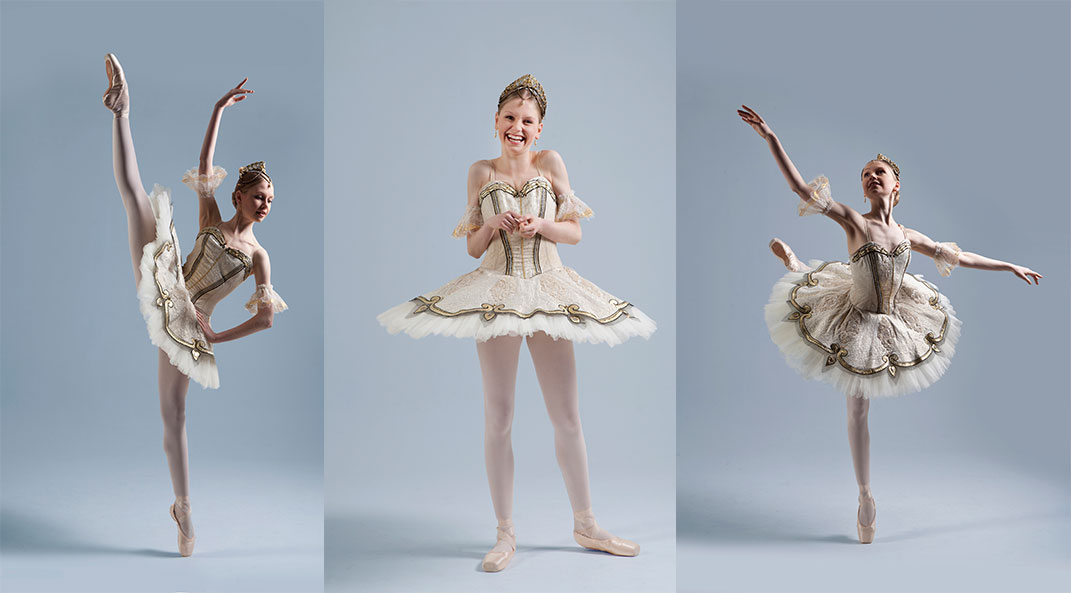 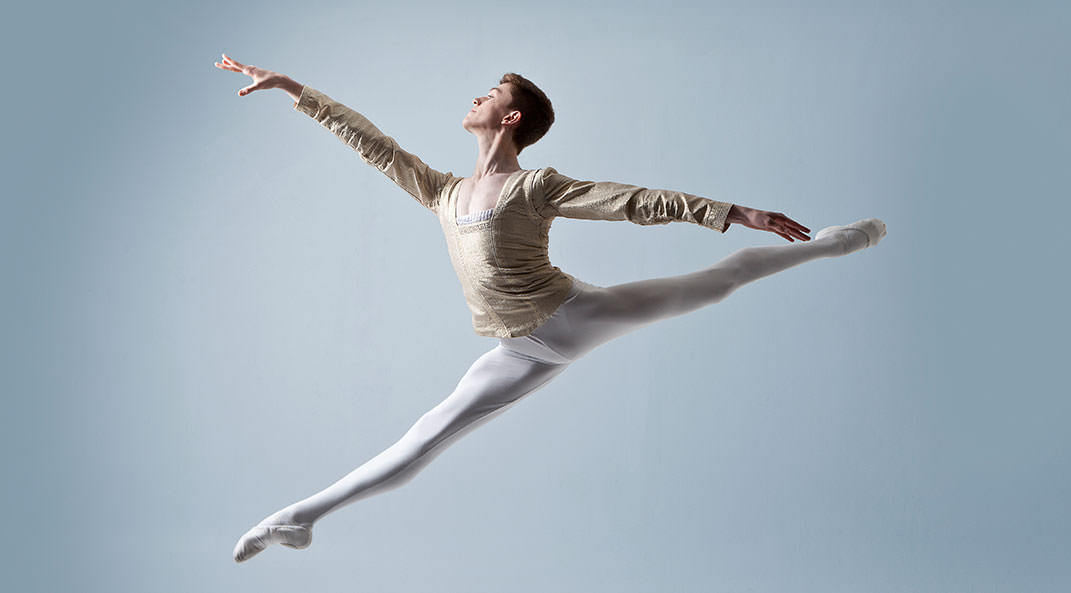 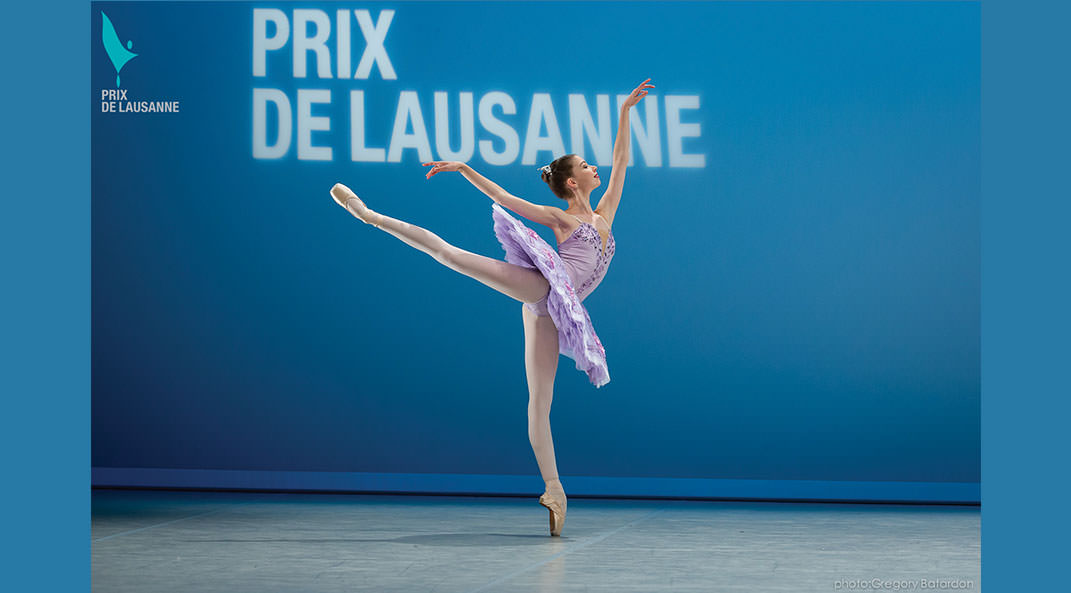 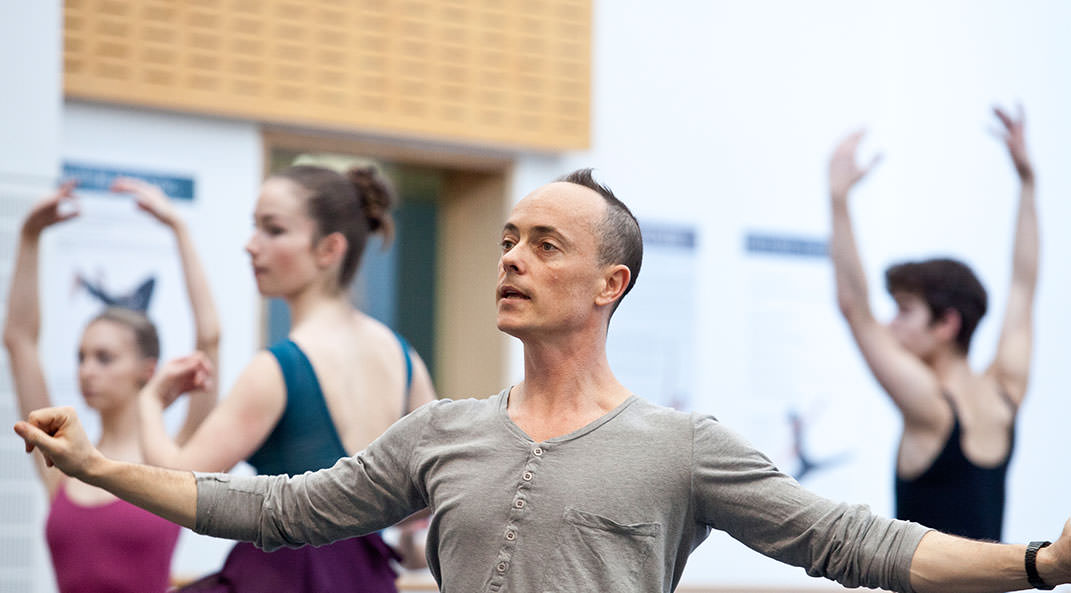 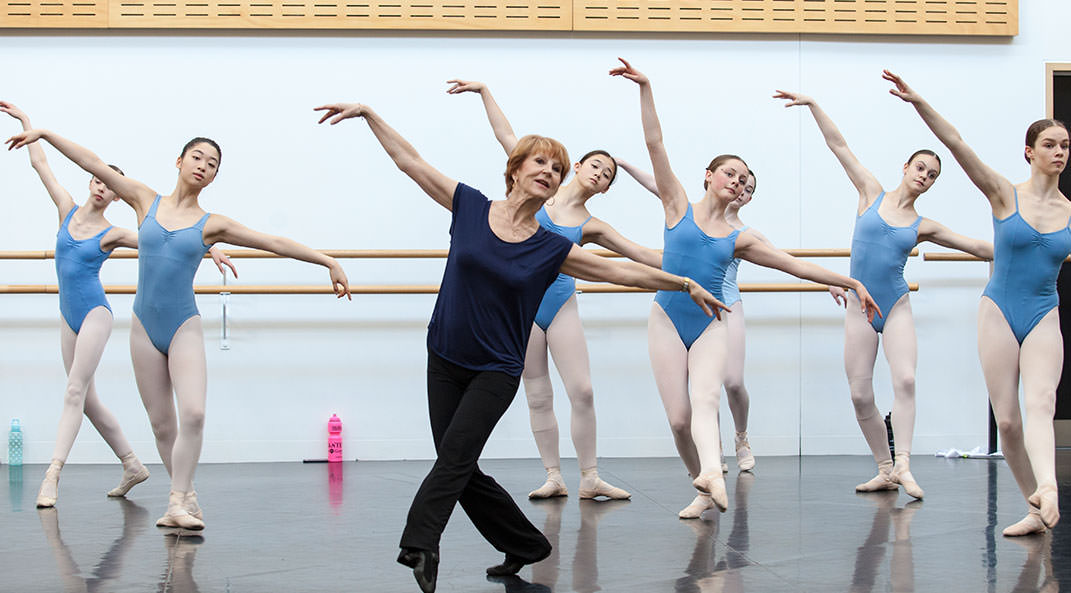 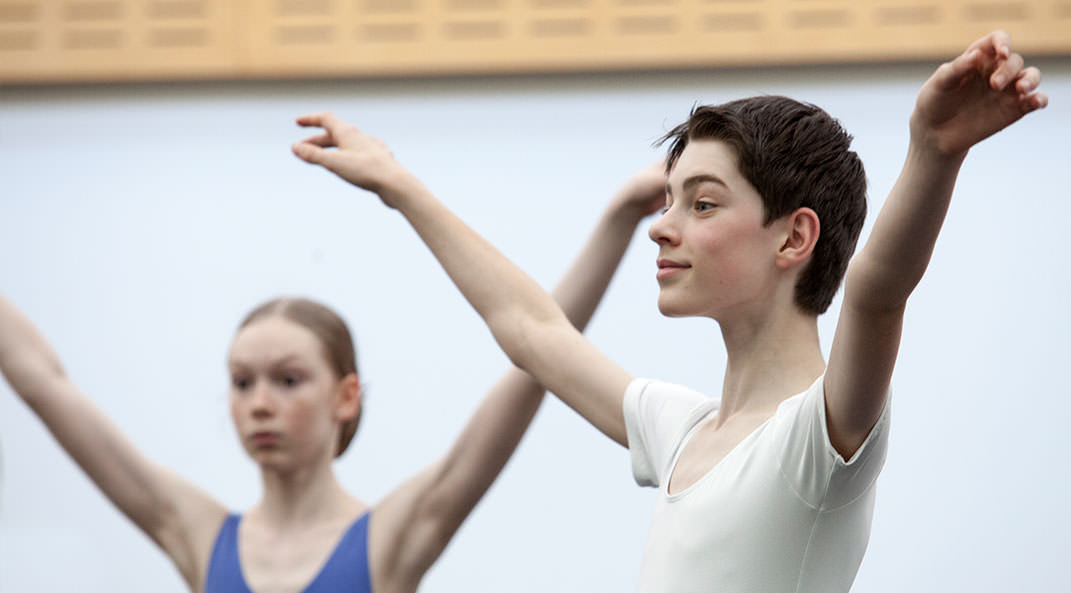 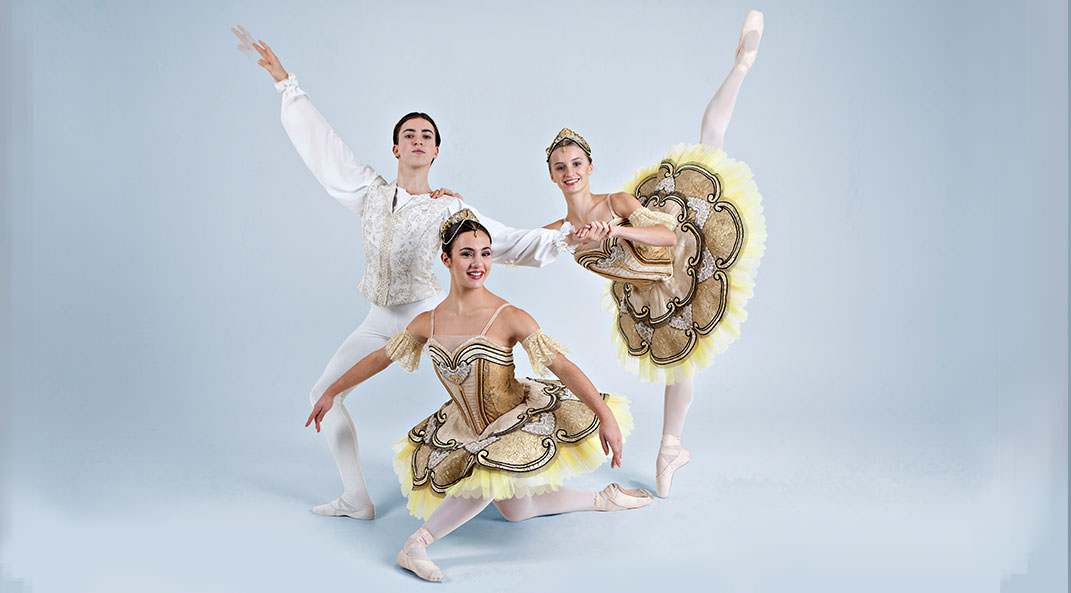 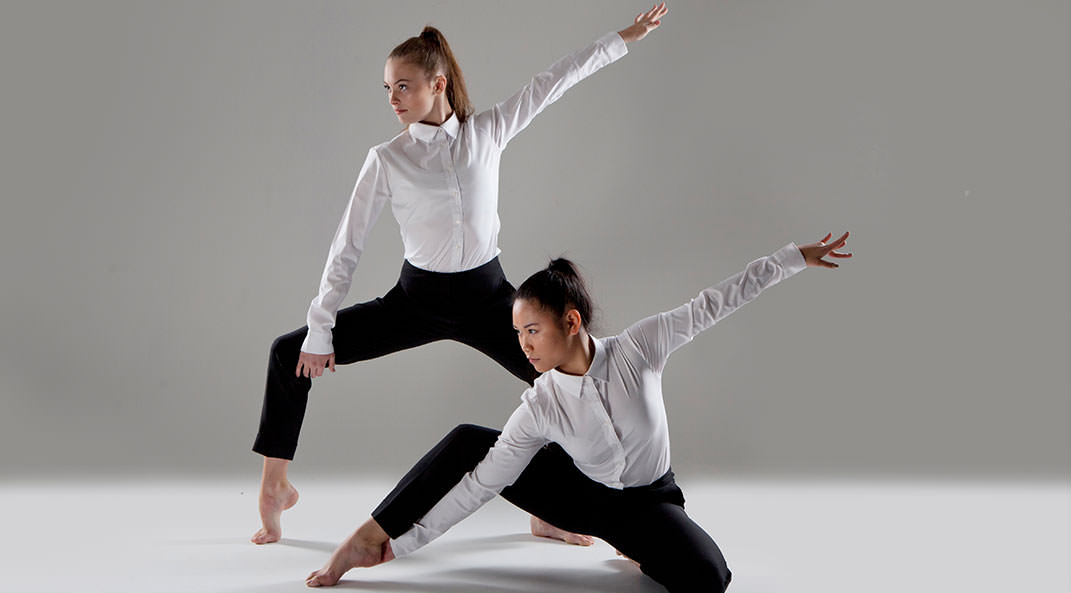 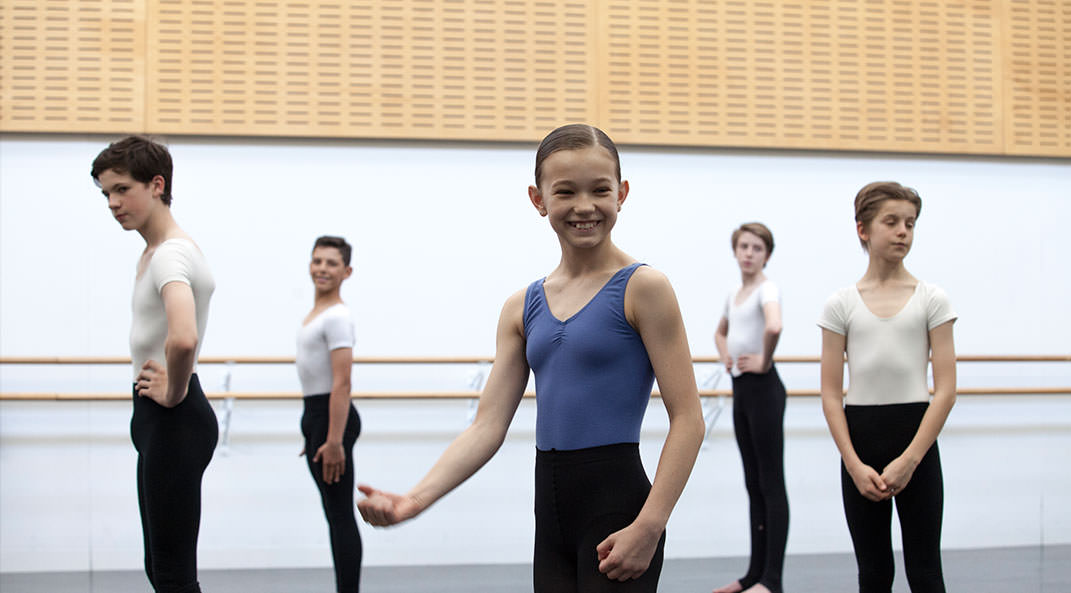 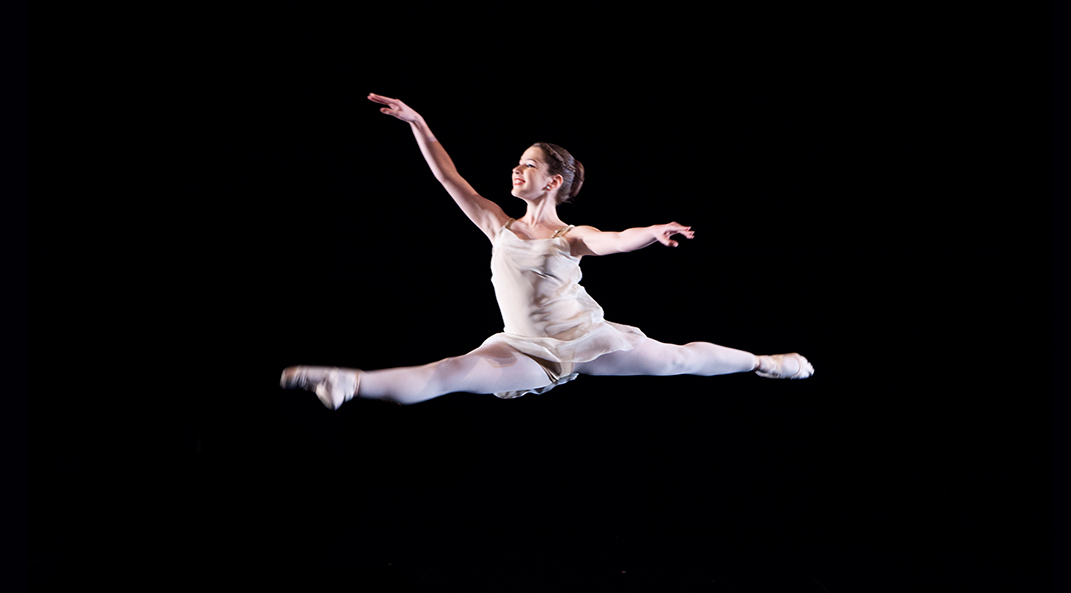 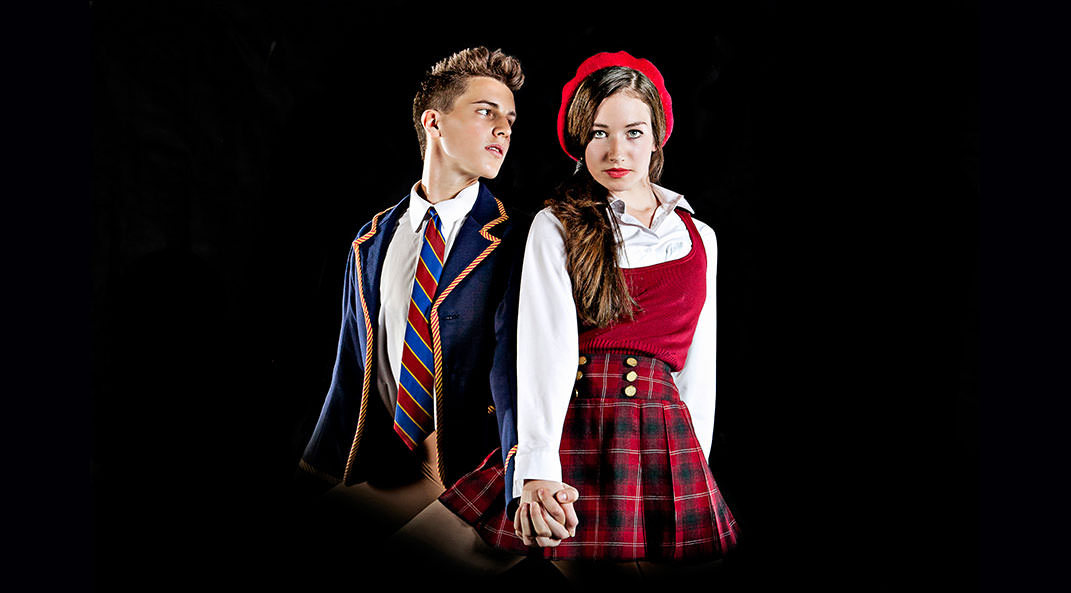 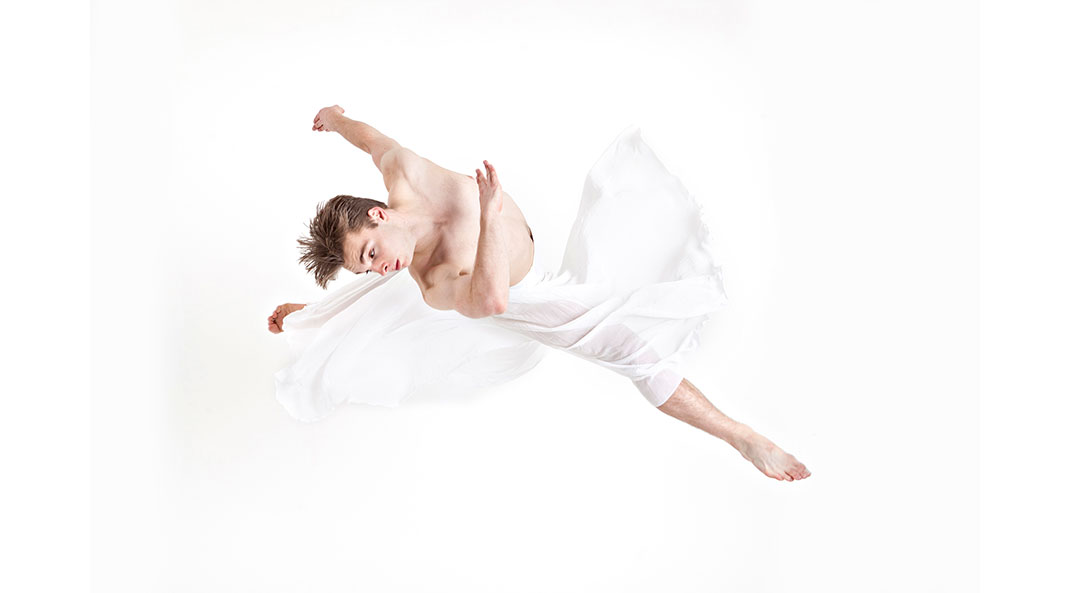 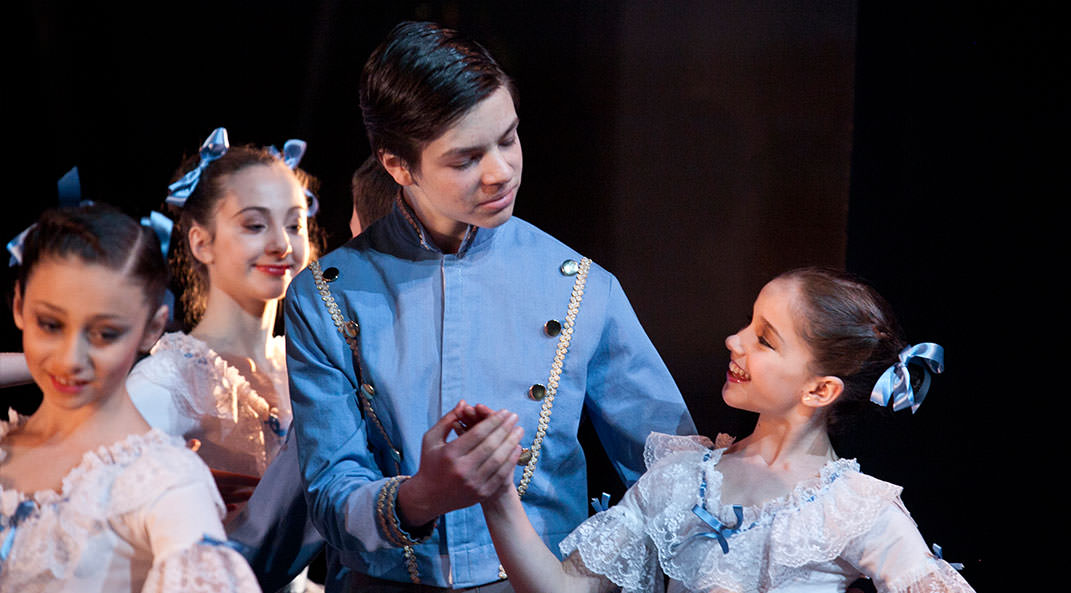 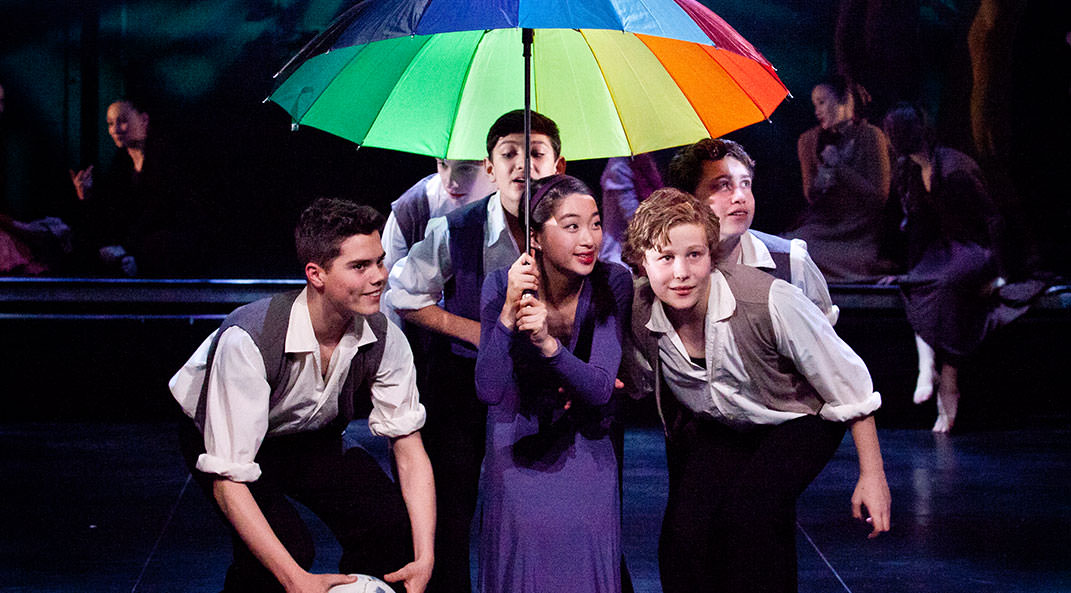 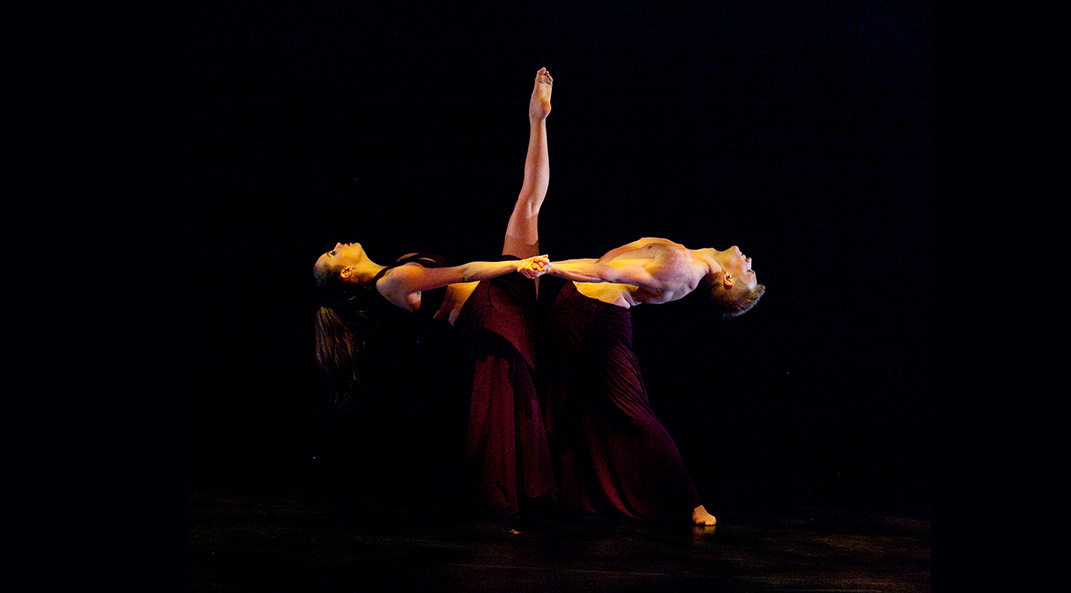 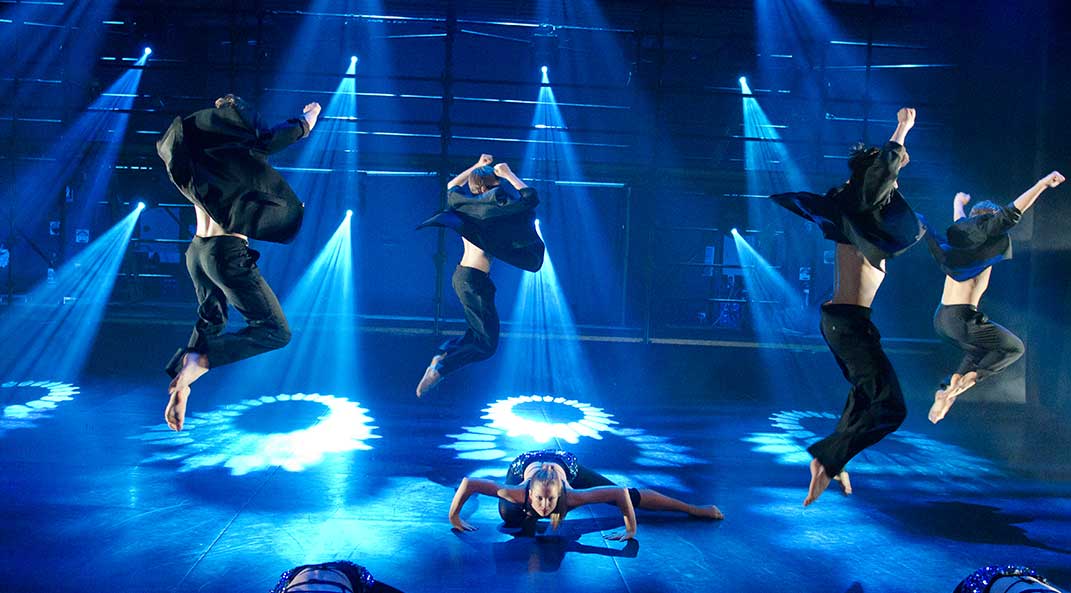 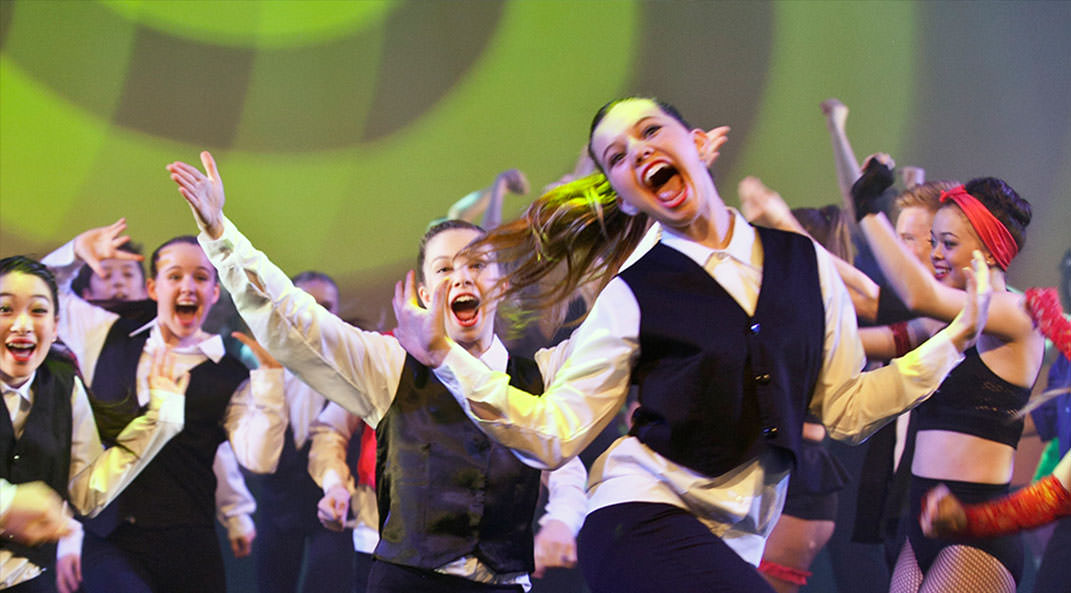 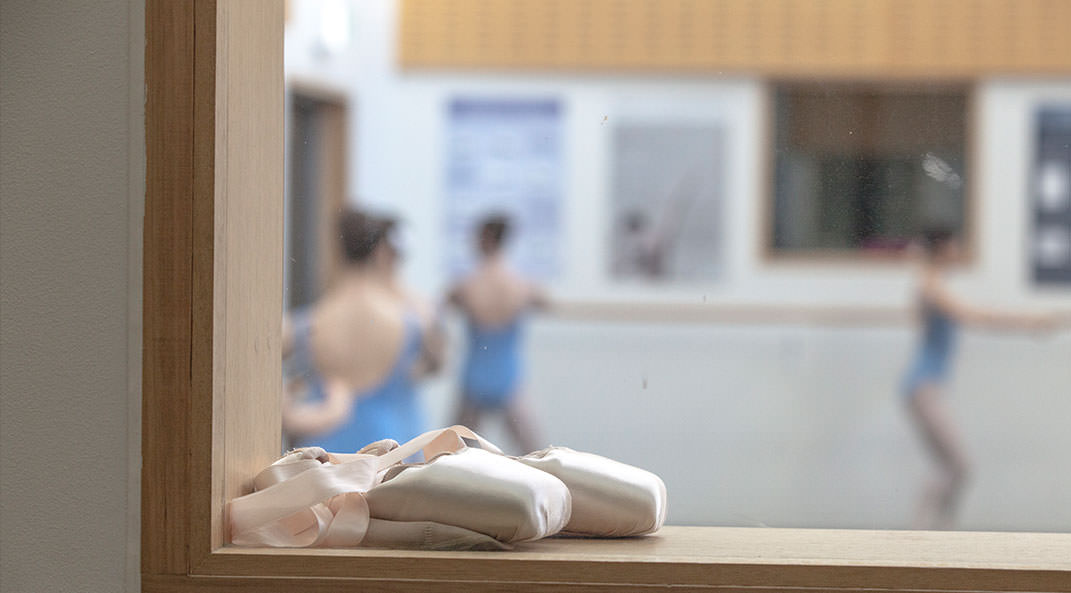