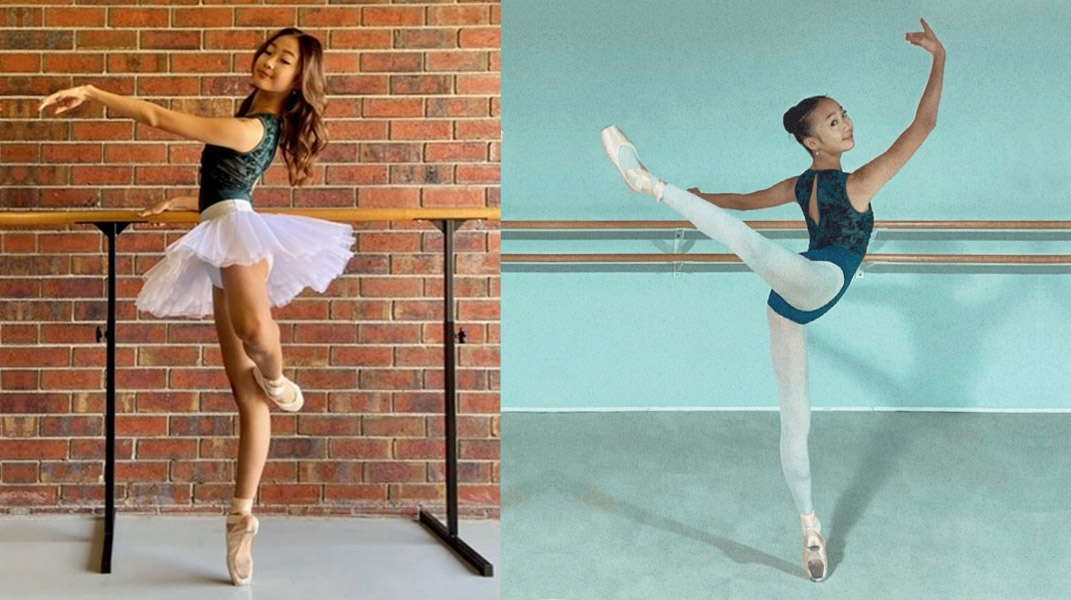 It is always pleasing to receive news about the success of former VCASS students and two that are shining brightly at present are Milei Lee and Calvin Richardson.

Milei Lee Joined VCASS in 2016 and in 2020 travelled to London to study at the English National Ballet School, topping her class in ballet that year.

While at VCASS Milei achieved great success in RAD events including winning Dance Challenge at the 2016 “Genee” ( now the “Fonteyn”) and being awarded the Australian Bursary in 2019.

On September 9th Milei performed as one of only 15 finalists, selected from over 90 candidates internationally, in the Margot Fonteyn International Ballet Competition which was live streamed from London.

After performing a variation from ballet repertoire, one especially choreographed for the finalists and one “dancer’s own” Milei was awarded the silver medal. This had always been an ambition of Milei’s so huge congratulations go to her!

Another success story is Calvin Richardson who, in September, was promoted to First Artist of the Royal Ballet Company – one step away from Principal!

Calvin left VCASS in 2012 to accept a full scholarship to the Royal Ballet School and joined the Royal Ballet Company in 2014. Since that time, he has had many original works created on him including those by Wayne McGregor, Crystal Pite and Hofesh Shechter. See link below to a beautiful duet of Calvin with Principal Sarah Lamb in Wayne McGregor’s Yugen.

Calvin is also emerging as a talented choreographer having created his “Dying Swan” solo in his graduate year at the Royal Ballet School. This solo has since been performed by others at international dance events. His latest creations have been for the recent Royal Ballet’s creative season, “Draft Works” where he created a solo for Royal Ballet Principal, Laura Cuthbertson.

In the Royal Ballet’s up-coming season, Calvin has been cast as Romeo in Kenneth McMillan’s Romeo and Juliet. He has promised to send video footage if possible after his debut!